Posted on February 7, 2018 by roadtripsandtinytrailers

According to Merriam-Webster, the definition of a ‘mountain’ is:

“a landmass that projects conspicuously above its surroundings and is higher than a hill The sun set behind the mountains, an elongated ridge”.

Your Dictionary adds this information to the definition of ‘mountain’:

“The definition of a mountain is a part of Earth that is very wide, has a taller height than a hill and often has steep sides, or it is a large pile of something.”

THE THREE MAJOR MOUNTAIN RANGES IN THE U.S. ARE: THE APPALACHIANS/GREAT SMOKEY MOUNTAINS, THE SIERRA NEVADAS AND THE ROCKY MOUNTAINS.

THE MINOR MOUNTAIN RANGES IN THE U.S. ARE: THE ADIRONDACKS, THE BROOKS RANGE, THE CASCADE RANGE, THE OZARKS AND THE ALASKA RANGE.

BASIC CHARACTERISTICS OF A MOUNTAIN:

*Generally a Mountain is only a Mountain if it’s 1000’ or taller. *Mountains can be created by lava build up as volcanoes erupt over and over.

*Mountains can also be created by the tectonic plates below the Earth’s surface colliding and causing the land to buckle.  The Earth’s crust is made up of 52 tectonic plates (major and minor) that fit together like a giant puzzle.

*The Mountain Biome is given to sudden and drastic changes in temperature, weather and terrain.

*Mountains take up about 1/5th of the Earth’s surface and are home to about 1/10th of the world’s people.

*The highest point of a mountain is the ‘Peak’ or ‘Summit’.

*The height of a mountain is measured from sea level.

*Mt. Everest in the Himalayan Mountain Range is the world’s highest peak.  It stands at 29,035’.

*There are more mountains under the sea than on land.

*About 80% of the Earth’s water originates from mountains.

SOME COMMON TYPES OF MOUNTAINS:

*The peaks and valleys of a Dome Mountain are formed by wind and rain.

*Dome Mountains are usually lower in elevation than other types of mountains because the force of magma doesn’t push that hard.

*Dome Mountains have very hard peaks as the magma that cools becomes granite.

*A Fault-block Mountain is formed when one side of fault (a crack in the Earth’s crust where it breaks apart) slides over another due to seismic pressure. One side pushes up while the other slips down leaving sheer rock faces.

*The higher part of a fault-block area is called a horst, while the lower part is called a graben.

*Fault Block Mountains are massive in structure and have smooth, steep, sheer front sides and sloping back sides.

Some examples of Fault Block Mountains include the Sierra Nevada in California and Nevada, the Grand Tetons in Wyoming

*Plateaus are most often described as ‘dissected’ and are built over long spans of time as pieces of the Earth’s crust smash into each other, melt, and gurgle back toward the surface. Some are created in a single process or episode while others have been subjected to more than one during different periods of the Earth’s history. Slow forming Plateaus allow for water to cut through and form rivers.

*Plateaus are flat surfaced with wavy or uneven tops and are at least 300 meters above sea level.

*The edges of a Plateau are steep and slanted and meet the plain at the bottom.

*Plateaus are found on every continent and on the ocean floor.

*A plateau can be made of lava, basalt or limestone.

*There are different types of Plateaus including:

-Intermontane (Plateaus located in or near mountain ranges)

Some examples of Plateau Mountains include the Colorado Plateau and parts of the Appalachians.

*Fold Mountains are formed when two tectonic plates collide with each other and the edges of these two plates merge into each other literally folding together or over each other.

*Fold Mountains have a crumpled look like carpet when it gets pushed up.

*Fold Mountains are usually made from sedimentary rocks.

*Fold Mountains are the world’s highest and most rugged mountains.

*Fold Mountains are longer and shorter than other types of mountains.

*Fold Mountains have the largest deposits of valuable minerals such as gold, silver and tungsten.

*Fold Mountains are usually found along the margins of continents.

*Magma is the molten rock located beneath the Earth’s surface.  Once it breaks the Earth’s crust it becomes lava.  As lava erupts it creates ash and volcanic rock.  As the lava, ash and rock cool, they form a cone.  A Volcanic Mountain is formed as the cone grows higher and higher with each layer of cooling lava, ash and rock.

*Volcanic Mountains are identified by their fissure vents (cracks were lava emerges) and bulging dome shapes.

*75% of the Earth’s volcanos are located around the Pacific Ocean in an area called the ‘Pacific Ring of Fire’.

*Volcanos can also be found in hotspot areas where the rock inside the Earth is abnormally hot.  These areas are called ‘mantle plumes’.

*The largest volcano in our solar system is actually on Mars!

*In Iceland, volcanos are found under ice caps!

*There are 3 main types of volcanos creating volcanic Mountains.  They are distinguished by the type of lava that erupts from them:

-Composite (or strato) Volcanoes which form steep sloped mountains by violent eruptions.  The main type of lava is Andesite

-Shield Volcanoes which form lower and less steep mountains by longer term lava flow.  Their lava is made of Basalt.

-Ash (or Cinder Cone) Volcanoes which form the steepest type of Volcanic Mountain formed by the accumulation of ash.

Some examples of Volcanic Mountains can be found in the Pacific Northwest, Alaska and Hawaii

Road Trips often lead us into the Mountains.  Sometimes it’s by planning, sometimes we just stumble upon a place that we cannot pass by without taking some time to explore.  However you end up in one of the Mountain Ranges of the U.S., take some time to learn a few facts so you can identify what you are looking at, and strap on your hiking boots!  There’s no better way to enjoy than to become a part of. 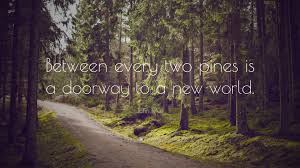