Posted on December 27, 2018 by roadtripsandtinytrailers 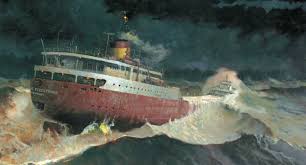 When we think of the Great Lakes Region, images come to mind of huge ocean-like lakes, fascinating geology, forests, enormous waterfalls, shipwrecks and history dating back to before the landing of the Pilgrims.

What we probably don’t think about though, is the huge impact that this has region made on the forming of the new U.S. Government and its Constitution, inspiring it’s directives from the Northwest Ordinance of 1787.

We might also be somewhat unaware of the impact of the Great Lakes Region on economics and commerce during the Industrial Revolution.

We’ll call this the ‘Age of Government and Industry’.

A). A LITTLE BACKGROUND INFORMATION TO GET STARTED:

*The original Native Americans living on the lands around the Great Lakes were primarily Iroquois, Algonquin and Winnebago.

*The St Lawrence River connects the Great Lakes to the Atlantic Ocean.

*Early explorers to the Great Lakes region were searching for a Northwest Passage to East Asia in order to establish a shorter trade route to China.

*1450-1600: The Iroquois Confederacy was a league of 6 tribes that sought to unite the tribes with a contract of peace.  The articles of this Confederacy served as fore-runners for the Northwest Ordinance and then ultimately for the U.S. Constitution.

*1840’s: The Great lakes became a super-highway for the transportation of wheat, corn, lumber, coal and iron.

*The Logging Industry of the Great Lakes Region has provided well over 2 billion board feet of white pine alone!

*The Great Lakes Shipwreck Museum on the shores of Lake Superior report that the Lakes have claimed more than 6,000 ships and over 30,000 lives.

B). A FEW FACTS ABOUT THE NORTHWEST ORDINANCE OF 1787: 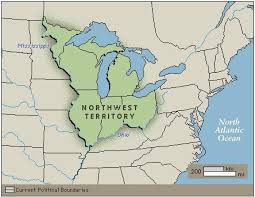 *1781: Originally the Articles of Confederation was the 1st American Constitution. They were weak and vague.  Here’s what they tried to accomplish:

*The Articles had no way to accomplish these tasks, enforce anything or impose taxes.

*1787:The Articles were drafted into the U.S. Constitution

*1787: Congress Passed the Northwest Ordinance which provided rules for governing the Northwest Territory (the land north of the Ohio River and west of the Alleghenies) that had been acquired by the U.S. in 1783 at the Treaty of Paris that ended the American Revolution.

*The Northwest Ordinance detailed the terms for gaining status as a territory and provided a Bill of Rights for the governing of a Territory.

*The Northwest Ordinance then detailed the requirements for becoming a state and guaranteed a new state’s equality with the original 13.

*Here were the steps to becoming a state:

C). A FEW DETAILS ABOUT EACH LAKE:

*Largest of the Great Lakes

*Water visibility is up to 100’ in some areas

*2nd largest of the Great Lakes

*3rd largest of the Great Lakes

*Like the Bermuda, Lake Superior has a triangle that has caused strange disappearances

*4th largest of the Great Lakes

*Lake Erie draws in the most income from recreation and fishing

*Smallest of the Great Lakes

*Waters are sometime white due to occasional calcium carbonate increase

D). A FEW FACTS ABOUT EACH STATE:

1). MICHIGAN: Motto: “If you seek a pleasant peninsula, look about you”

*1620-1680: French explorers arrive in the region and set up European settlements 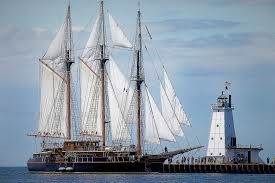 When Michigan was a Territory, deer were so plentiful that deer skins were used as money.  A deer carcass was worth $1, so the dollar became known for what it was worth – a ‘buck’.

2). INDIANA: Motto: “The crossroads of America”

*1774: Britain passes the Quebec Act and Indiana becomes part of the province of Quebec.

*1800: Indiana established as a Territory.

*1844: The University of Notre Dame receives its charter.

*1858: The Studebaker Brothers start a company that would become the largest producer of farm wagons and carriages. 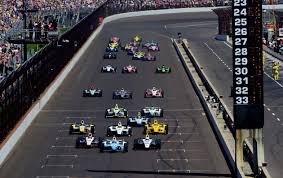 *1754-1763: French and Indian War ending with the French giving over control of the area to Britain with the 1st Treaty of Paris.

*1764: ‘Pontiac’s Rebellion’ pits the Ottawa tribes and their allies against the British.

*1832: Black Hawk War is the last Native American conflict in the area.

*1837: The ‘Panic of 1837’ results in failure of all territorial banks and the Winnebago tribes cede all land to U.S.

*1848: Wisconsin becomes the 30th state admitted to the Union.

*1889: Prayers and reading from the King James Bible becomes prohibited in public schools.

*1919: Wisconsin is the first state to ratify the nineteenth amendment (women’s suffrage), and deliver it to Congress.

*1932: Wisconsin is first state to pass unemployment legislation in the U.S. 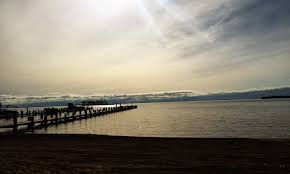 *1800’s: Logging and Lumber industry begins in Minnesota.  Golden Era of Lumbering was 1890-1910 during which 2 billion board feet of white pine was lumbered.

*1858: Minnesota become the 32nd state admitted to the Union.

*1718: John Law is granted a French charter and colonizes the Mississippi Valley.

*1809: Illinois established as a Territory.

*1817: Veterans of War of 1812 receive 160-acre land warrants in Illinois ‘Military Tract’ between the Illinois and Mississippi Rivers.

*1818: Illinois becomes the 21st state admitted to the Union.

*1839: Cherokee Indians pass through Illinois on the ‘Trail of Tears’ toward Oklahoma. 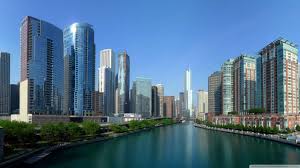 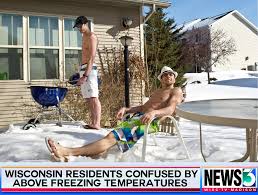 One Comment on “REGION 6: HISTORY (The Great Lakes) Fun Facts”