Posted on February 1, 2019 by roadtripsandtinytrailers

NEW ENGLAND AND THE ORIGINAL 13

New England (Region 2) is one of my favorite areas to visit!  There is so much history to learn, and so much incredible scenery and so many Natural Wonders to enjoy – especially if you can get there in the fall!

If you are traveling to the New England states (Region 2) to get a feeling for the history there, most of what you’ll find is historical information and sights dating from the early 1600’s to the early 1800’s.

As we said, there’s lots else to discover here, but for now we’ll focus on the history that New England is most known for.

Here are a few things to know about the original 13 colonies:

1). Not all the original 13 were referred to as part of ‘New England’.  Some were called Middle Colonies and some were the Lower Colonies.

2). Even though each colony was unique and independent, they all fell under the authority of the British Crown and all individuals were British subjects.

3). The original colonies all fell under 1 of the 3 organizational types of government:

a). Royal Charter: these were initiated and governed by officials acting on behalf of the King of England

b). Proprietary Colony: Proprietary colonies were ones granted by the English Crown to one or more proprietors who had full governing rights. A proprietor was a person granted governmental powers over a piece of land. These colonies were run under a colonial charter agreement, which was reviewed by the ruling King.

c). Charter Colony: these were the Colonies with written contracts between the British King and the American colonists, defining the share each should have in the government, and were not to be changed without the consent of both parties.

A). WHAT WAS HAPPENING IN THE REST OF THE COUNTRY?

-By 1750, North America was shared by Great Britain, France and Spain not to mention over 500 Native American tribes.

-France controlled what is now the Canadian province of Québec, all the areas around the Great Lakes and everything from the west edges of the original 13 colonies to the Mississippi River all the way south to the Gulf of Mexico.

*1640: The first book in North America is printed

*1647: The Constitution of Rhode Island is drafted separating church and state

*1735: Freedom of the Press is established

*1774: Philadelphia becomes the 1st Capitol of the new republic

*1783: Americans win their independence and become the United States of America with the signing of the Treaty of Paris.

*1800: Thomas Jefferson is elected 3rd president of the U.S.

C). SOME FOCUSED EVENTS FOR EACH OF THE 13 COLONIES IN ORDER OF THEIR ESTABLISHMENT AS A COLONY:

*Established: 1607 as a Royal Colony in the Lower Colonies

*Funded by: the Virginia Company of London

*Purpose: Group of men sent to find gold and see what other treasures there might be.  Initially not intended to be a permanent settlement

*Became wealthy with the cultivation of Tobacco

*First Capitol of the United States: 1788

3). Massachusetts:  Motto: ‘By the Sword we seek Peace, but Peace only Under Liberty’

*Religion: Puritans (who believed that God was sending them to a place where they could practice their faith and live their lives according to the scriptures and therefore reform the Anglican Church)

*Known for: The Mayflower and the landing of Pilgrims

*Established: 1633 as a Charter Colony in the Lower Colonies by Cecil Calvert (2nd lord of Baltimore)

*Initially named: Marie Land after the wife of the king then changed to Maryland

*Settled by: 200 Catholics arriving on the ships, Dove and Ark

*1649: Maryland Tolerance Act was passed guaranteeing religious freedom as long as it was Christian.

*1688: Catholicism was outlawed until after the Revolutionary War due to the “Glorious Revolution” of 1688 in England which established the Protestant faith

*Early 1700’s: 40% of Maryland’s population were slaves and convicts

*Established: 1636 as a Charter Colony in the New England Colonies

*Founded on land sold to Williams by the Narragansett tribe

*Known for: making silverware, jewelry, textiles and other manufactured goods

*1777: Only colony to refuse participation in the creation of the U.S. Constitution and the last to ratify it

6). Connecticut:  Motto: ‘He who Transplanted Sustains’

*Established: 1636 as a Charter Colony in the New England Colonies by Puritans from the Massachusetts Bay Colony led by Thomas Hooker and John Haynes

*The Fundamental Orders 1639: The first constitution to be adopted by the American colonies assuring the right of free men to elect their public officials.

*Dominant Industries: Machine manufacturing, guns and other arms and textiles

*Established: 1622 as a Royal Colony in the New England Colonies given to John Mason and Ferdinando Gorges as a land grant from England

*Primarily established for: Financial gain through the export of fish and wood

*1641: Massachusetts claims the territory and it becomes Upper Province

*1741: New Hampshire gains its independence and elects its own governor

*Initial religion: Puritans but the Congregational Church eventually grew out of the Puritan Church and was formally established in New Hampshire.

*Established: 1638 as a Proprietary Colony in the Middle Colonies

*Established as a trading post at Fort Christina (now in Wilmington). The New Sweden Company intended to actually bring settlers to their outpost and begin a colony.

*1698-1699, the descendants of early Swedish colonists constructed Old Swedes Church (also known as Holy Trinity Church), which is one of the oldest houses of worship in America still in use.

*1787: Delaware becomes the 1st state to ratify the new Constitution of the United States, thus getting its nickname – ‘The First State’

*1584-1587: Sir Walter Raleigh’s ‘Lost colony of Roanoke’ along with Virginia Dare (first child born of English descent in the New World) establishes and then disappears

*Established: 1653 as a Royal Colony in the Lower Colonies

*Settled by: Virginian Colonists as a haven for religiously discontented settlers

*1663: King Charles II grants a charter as establishes the borders of Northern Carolina

*1776: North Carolina was the first colony that instructed its delegates to vote in favor of separation with England at the Continental Congress

*Established: 1663 as a Royal Colony in the Lower Colonies by separation from North Carolina

*1670: First English settlement at Albemarle Point.  Many of the first settlers came from Barbados in the Caribbean

*By 1730 2/3rds of South Carolina’s population was of African descent.

*1786: First Golf in the New World established on Harleston Green with shipment of golf balls and clubs from Scotland

*1861: South Carolina is the first state to succeed from the Union; first shots of the Civil War fired on Ft Sumter

*The only commercial tea plantation in the 48 states is on Wadmalaw Island, near Charleston, South Carolina.

*The palmetto tree has been an important icon of South Carolina since the American Revolutionary War. The story goes that the British attacked a fort on Sullivan’s Island, (near Charleston) and the cannonballs bounced off the spongy palmetto logs used to build the fort’s exterior wall.

*Established: 1664 as a Royal Colony in the Middle Colonies

*Religion: Toleration for all faiths including Catholics, Jews, Lutherans, and Quakers.

*1664-1702 the New Jersey Colony was divided into East Jersey and West Jersey. Each had their own constitution and governing agents. The border was never very firmly established and was often in dispute.

*Established: 1681-1682 as a Proprietary Colony under a Charter in the Middle Colonies

*Founded by William Penn as a haven for Quakers

*Home of Independence Hall and the Liberty Bell

*Site of the writing and signing of both the Declaration of Independence and the U.S, Constitution

*1780: The Pennsylvania Gradual Abolition Act was the first attempt to abolish slavery in the colonies.

*Established: 1732-1733 at Savannah as a Royal Colony in the Lower Colonies by social reformer James Oglethorpe, and the only colony to be governed remotely by a Board of Trustees in London for the first 20 years

*Boundaries initially included the present-day states of Alabama and Mississippi

*Initially conceived as a refuge for indebted prisoners and the poor, but ultimately established to protect South Carolina and other southern colonies from Spanish invasion through Florida.

*The only colony to prohibit slavery from the beginning – along with rum, lawyers and Roman Catholics

*Original producer of peanuts, pecans and peaches, and Vidalia onions

*Oglethorpe’s original Utopian plan for all of Georgia using Savannah as the model:  Oglethorpe laid out the city of Savannah around a series of squares and laid out the streets in a grid pattern. Each square had a small community of colonists living around it and had separate lots dedicated to community buildings as well as a park in the center. Each free man who came to Savannah was given 50 acres of land. This included a homestead lot in the city of Savannah, a five-acre garden lot outside of the city, and a 45-acre farm lot beyond the garden lots. The colonists generally lived on the city lot, so they could take advantage of the safety of the city, and they worked their garden and farm lots for food and other resources which were all shared equally.

*1864: During the Civil War, ‘Sherman’s March to the Sea’ from Atlanta to Savannah was a military campaign to intimidate Georgians into abandoning their cause

D). Here are a few of the significant and/or interesting events that have happened in New England since 1800:

*1812: War of 1812 Americans are victorious over the British as they attempt to control the U.S. Navy.

*1814: British army burns down the White House in Washingto

*1818: Northern border of the U.S. and Canada is established

*1858: First transatlantic cable from the U.S. to Britain is laid

*1885: The Statue of Liberty arrives in NY from France

*1945: Pres. Harry Truman drops the atomic bomb on Hiroshima and Nagasaki in Japan

*1973: U.S. and USSR sign agreement on the Prevention of Nuclear War in Washington D.C.

*1973: World Trade Center in NY becomes the highest building in the world at 1,349 feet high

I hope that these bits of information will help you as you navigate your way through the massive amount of history to be learned here in the New England area!  The trick here is to try and learn a few things that you really find interesting and not let yourself slip into ‘information-overload coma!  Enjoy!!! 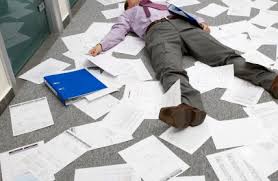