Posted on November 28, 2018 by roadtripsandtinytrailers 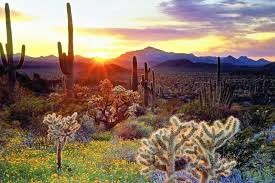 The American Southwest sure does have its share of nature’s wonders and National Parks! Chocked full of mesas, caverns, deserts, arches, sand dunes, monuments and red rocks, the American Southwest has always drawn in travelers for its unusual rock and sand formations, incredible distinctiveness and one-of-a-kind scenery.  Here you will also find the history of the people who first inhabited the area and can actually see their ancient dwelling places and rock art. Here are the roots of the Hispanic, Latino and American Indian cultures with lots of ruins and artifacts to discover and enjoy.  You will also find lakes, craters, wilderness, mountains and forests making the American Southwest one of the most diverse areas of the world.

We’ll call this the ‘Age of Acquisition and National Parks.’

A). A LITTLE BACKGROUND INFORMATION TO GET STARTED:

*Adding the Southwestern areas of North America into the United States has been instrumental in forming both the Nation’s personality and its diversity.

*Human habitation in the Southwest dates to further back than recorded history.

*By A.D. 100 the most notable cultures that had emerged were the Hohokam, Mogollon, Anasazi and Hopi people groups.

*1845: Texas in annexed to the U.S. setting off the Mexican-American War.

*1848: The Treaty of Guadalupe Hildago ends the War.

*Mid 1800’s: The idea of a National Park system was conceived by a few eloquent, outspoken and persuasive men who sought to preserve these national treasures, including writer Wallace Stegner and naturalist John Muir.

*During the Civil War, Abraham Lincoln put Yosemite under the protection of California.

*Today there are 392 national parks, monuments, battlefields, seashores, recreational and other protected areas.

There are 58 National Parks in the U.S.  (You can find the list in the Fun Facts Category under Landscapes)

B). A FEW FACTS ABOUT EACH STATE:

1). SOUTH/CENTRAL CALIFORNIA: Motto: “I have found it”

*1769: First of many Spanish missions established.

*1769: Discovery of the entrance to the San Francisco Bay.

*1892: The Sierra Club is founded by 182 charter members. John Muir is elected president. In its first conservation effort, the Sierra Club leads a campaign to defeat a proposed reduction in the boundaries of Yosemite National Park.

*1909: John Muir was the leader of the movement to save the Hetch Hetchy Valley from despoliation at the hands of the City and County of San Francisco, which wanted the valley for a municipal water supply… Published in late 1909, outlines the preservationist’s cause, and was distributed by Muir acting as president of the Society for the Preservation of National Parks…

*1541: Coronado is the first white man to explore Texas.

*1700: Spain establishes Catholic missions in Texas.  By 1745, the missions at San Antonio are producing thousands of pounds of cotton annually.

*1817-1820: Galveston Island becomes a base for privateering and smuggling.

*1823: Stephen Austin is given permission to bring 300 families into the Bravos River region to start a colony.

*1837: The republic of Texas is recognized by the U.S., France, Belgium, England and the Netherlands.

*1856: The U.S. Army imports fifty-three camels for an experiment using them for pack animals in the arid areas of the Southwest.

*1861: Texas secedes from the Union and is readmitted after the Civil War.

*1962: NASA opens the Manned Spacecraft Center in Houston.  It is renamed Lyndon B. Johnson Space Center in 1973.

*1821: Mexico takes control of Arizona while trappers and traders from the U.S. come in.

*1848: U.S. wins war with Mexico and gains Arizona north of Gila River in the Treaty of Guadalupe Hidalgo.

*1853: Gadsden Purchase makes the rest of Arizona part of the U.S.

*1863: Arizona is established as a territory.

*1985: Central Arizona Water Project begins.  The Project is completed in 1991 and secures rights to water from the Colorado River.

*1822: Discovery of a central route to the Pacific goes through Utah bringing in trappers and traders.

*1848: U.S. win war with Mexico and Utah is ceded to the U.S. in the Treaty of Guadalupe Hidalgo.

*1869: The world’s first transcontinental railroad was completed at Promontory where the Central Pacific and Union Pacific Railroads met.

*1873: Polygamy is outlawed by Congress.

*1821: The Santa Fe Trail opens between Missouri and New Mexico.

*1841: Texans invade New Mexico and claim all lands east of the Rio Grande.

*1846: New Mexico is annexed to the U.S. during the Mexican-American War.

*1861-1863: New Mexico is divided and the territories of Arizona and Colorado are created.

*1886: Geronimo surrenders ending the Indian hostilities in the SW.

New Mexico has one National Park

← All DE-STRESSED and SOMEWHERE TO GO!
REGION 8: HISTORY: (The Pacific Northwest) Fun Facts →