Posted on January 8, 2019 by roadtripsandtinytrailers 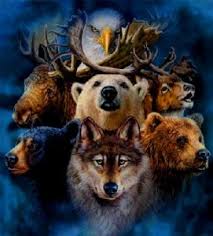 More so than anywhere else in the U.S., “none” is the most common response of those in the Pacific Northwest when asked about religious affiliation or identification.  This does not mean that North-westerners are without spiritual beliefs and commitments, however.

Currently there is a rise in the earth-based faiths such as “nature spirituality”, indigenous revitalization movements, and religious non-affiliates (now called religious ‘nones’) that Christian missionaries and immigrants first encountered when this region was new to being a part of the United States.  Even today there are no dominant denominations, and all religious groups need to work together to address current social, environmental and economic issues.

It is impossible to understand this complex and fluid region without knowing a little about its original inhabitants and the interconnection between faith and natural surroundings.   The indigenous people groups of the Pacific Northwest each have their own history, culture and religious beliefs and traditions.  They have shared and saved their history through stories, songs and dances.

Their beliefs were based in the natural world as it interacted with a supernatural one.  In most native cultures, shamans or medicine men served as spiritual intercessors.

A). BELIEFS OF THE MOST COMMON NATIVE AMERICAN TRIBES OF REGION 8:

*Religious beliefs and practices centered on a raven deity that displayed the characteristics of spirit, human and bird. 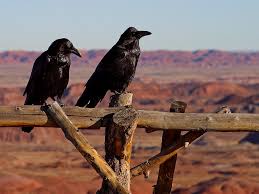 *Shamans played a crucial role and were believed to have power to communicate with the spirits, and cure illnesses.

*Shamans wore masks and went into trances when performing healings.

*After the Europeans brought diseases that the Shamans could not cure, faith wavered and many incorporated Orthodox Christianity into their faiths.

*Believed in animal spirits – especially the blue jay and the coyote.

*Shamans communicated with the spirit world.

*Carved nature and animal imagery into their tools,

There were other Native tribes in the Pacific Northwest, including: Nisga’a, Haida, Tsimshian Gitxsan, Haisla, Heiltsuk, Nuxalk and many, many others.  These tribes all shared beliefs in the supernatural world and the Shaman’s ability to communicate with it, along with their ability to heal illnesses.  They also all believed in the natural world and created deities of the animals and birds they saw.

B). MISSIONARIES COME TO THE PACIFIC NORTHWEST: 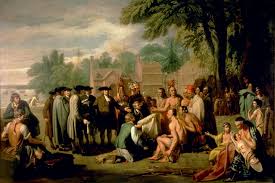 *The first people to immigrate to the Columbia River country specifically to establish permanent communities were Christian missionaries in the 1830s and 40s.

*Many Native tribes adopted Christianity (or forms of it) partly due to the Shaman’s inabilities to heal the new diseases introduced by the ‘White Man’.

*People who don’t express any religious affiliation are called ‘Nones’.

*’Nones’ make up a larger percentage of the Northwest population than in any other part of the U.S.

*The ‘Nones’ express their beliefs as, “experiencing the natural world in a way the feels supernatural”.

*If counted as a religious group, the ‘Nones’ in the Northwest would outnumber the next largest group in the region, the Roman Catholics, by more than 2-1.

Religious expression in the Pacific Northwest has been called,  (unlike most of the United States), “never a ‘Christian culture‘, but instead a diverse society of spiritualties including variations of New Age, neo-paganism, Gaia worship, channeling, metaphysics, holistic health, earth-based spiritualties, Nordic spiritualties, Wicca, meditation centers, astrologers, and westernized forms of Buddhism.

If you are looking for it…the Pacific Northwest has it all…including the most spiritually diverse beliefs in the country!  Regardless of your particular faith, it’s always worth it to learn about something new.  Travel here for the scenery, stay for the yoga class.

One Comment on “REGION 8: RELIGION (The Pacific Northwest) Fun Facts”