Posted on January 15, 2019 by roadtripsandtinytrailers

When you think of ‘Blue Grass Country’ (Region 4), what things pop into your mind?  Bluegrass (or Mountain or Country) Music? Bourbon? Horse Racing? How about… well…blue grass?! 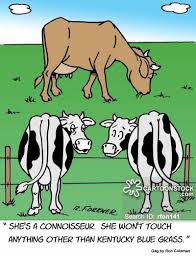 Is there really blue grass in Kentucky?  Well, no. And yes.  While grass is green in every state, bluegrass has bluish-purple seed heads, so in the spring there is a hue of blue cast over the expanses of grassland when seen from a distance.  The area earned its nickname after immigrants from Europe, Asia and North Africa brought these lush, dense, grass seeds with them, as bluegrass is not native to North America.

For our ‘Focused Events’ of the history of the Blue Grass States, we will center our attention on the Mountain/Country/Bluegrass Music that came from this area and has made such a major impact on the world’s music stage.  We’ll concentrate on the years between 1900 & 1970.

A). A LITTLE BACKGROUND INFORMATION TO GET US STARTED:

*The folks that migrated to this area in America during the 1600’s were from England, Ireland and Scotland.

*These immigrants brought with them a unique style of music that became the roots of the bluegrass music we know today.

*Most settlers in the area lived in remote areas and wrote songs about the farms and hills that were a part of their lives.  This is where the terms, ‘country or mountain’ music came from.

*The invention of the phonograph in the early 1900’s brought this type of music to all areas of the U.S.

*1920-1938: Bill Monroe and the Monroe Brothers from Kentucky becomes the most popular Mountain Music Group.

*September 17, 1923: Hank Williams becomes the superstar of the era, but dies at age 29.  Hank initially used the  pseudonym Luke the Drifter.

*November 28, 1925: The Grand Ole’ Opry begins as a radio show, called “Barn Dance” out of Nashville. It became an instant success. 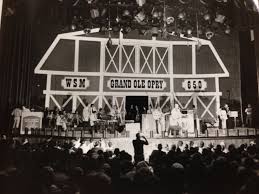 *1961: The Country Music Hall of Fame is established.

C). A LITTLE BIT ABOUT EACH STATE:

*1739 – Capt. Charles de Longueuil discovers Big Bone Lick an interesting state park located in Boone County, showcasing some of America’s Ice Age land mammals.  A ‘lick’ is a place where salt is found on the surface of the earth.

*1778: Thirteen-day siege of Fort Boonesborough in September was the longest siege in United States frontier history.

*1840: The requirements for a whiskey to be called a bourbon become defined.

*1861: Kentucky declares itself neutral in the American Civil War.

*1862: The bloodiest Civil War Battle to be fought on Kentucky soil was the Battle of Perryville on Oct. 8th.

*1875: The first Kentucky Derby run at the newly built Churchill Downs.  There is now about 1 horse for every 12 people in Kentucky!

*1892 – The radio was invented by Kentuckian Nathan B. Stubblefield of Murray.

*1920-1940: Kentucky plays a major role in the evolution of Blue Grass, Mountain, and Country Music.

*1921: Law passed making it legal for women to serve on juries.

*1966: Kentucky is the first Southern state to pass a comprehensive civil rights law.

SO WHAT’S THE BIG DEAL ABOUT BOURBON?

We’ve all heard that “all Bourbon is Whiskey, but not all Whiskey is Bourbon”, right?  Well here’s the requirements for your backyard hooch to be called ‘Bourbon’:

3). It must be aged in NEW oak charred barrels.

6). There must be no flavorings, coloring or other additives.

And there you have it.

Well…I guess that debunks the myth that Bourbon has to be made with Kentucky River water – even though it is thought that the limestone water from Kentucky distinguishes it from all others.

*1540: Spanish explorer Hernando de Soto is the first white man known to come to the area.

*1763: Treaty of Paris ends French & Indian War giving all lands to the east of the Mississippi River to the British.

*1769: William Bean becomes the first white settler in Tennessee building on the Watauga River.  Other settlers begin coming in.

*1772:  Settlers form their own government called the Watauga Association. They draw up one of the first written constitutions in North America.

*1775: Daniel Boone, working for the Transylvania Company blazes the ‘Wilderness Road’ and opens roads to the Tennessee settlements.

*1779: Jonesborough becomes the first chartered town and creates the ‘Cumberland Contract’ which establishes government and creates a court system.

*1800: Congress establishes a post route along the Natchez Trace.

*1812: The worst earthquake in U.S. history happens on Feb 7th in NW Tennessee.

*1982: Elvis’s Graceland Mansion opened to the public on Jun 7th.

*1670: Rene-Robert Cavelier explores and claims the Ohio region for France.

*1750: The Ohio Company of Virginia claims the Ohio region for England.

*1811: Tecumseh defeated at the battle of Tippecanoe.

*1879:  Cleveland became the world’s first city to be lighted
electrically.

*1903: The Wright Brothers from Dayton, become the first in flight. 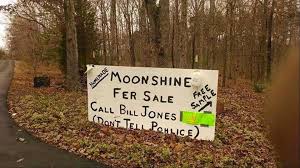 *1742: Coal Discovered on Coal River near Racine.  Coal Mines pop up all over.

*1744: Territory between the Allegheny Mountains and the Ohio River ceded to the English by Indians of the Six Nations.

*1749: First recorded settlement west of the Alleghenies made in Marlinton.

*1866: State constitution denies citizenship to all persons who had supported the Confederacy.

What fun it is to venture into the hills of the Blue Grass Region!  Be prepared for some fun, some music, some incredible scenery and some down-home everything!

Here is a area where you can relax, be comfortable, casual, and make some new friends! Just don’t help yourself to someone’s backyard moonshine or you might find a buckshot in yer breeches!