The birthplace of entertainers, musicians, authors and scholars, the Blue Grass region states offer a rich slice of American history. But they are often steeped in superstitious folklore and stereotyped as backward, uncultured and poor.

The early decorative arts of this region were the hand-pieced quilts, handwoven baskets, and other “necessary” items once common to every remote household, and art was often

the result of need. The mountain people here were self-reliant, making do with materials at hand, building the cabins they lived in and all the furnishings, growing the flax and raising the sheep for the spinning, and weaving of cloth for their clothes, and making all needed household gadgets, farming tools, toys, and bedding from the materials at hand.

The crafts culture remains a direct descendant of the mountain heritage, and today’s crafts work is essentially, the modern version of the work done a century or two ago. Contemporary craftspeople work for different reasons now than those of their ancestors, but the common thread linking past and present is quality, material, and skill.

Houses, barns and outbuildings from the 19th century are quickly deteriorating across the American landscape, but a movement is helping preserve the details of farm architecture, which has been coined “farmitecture.”

CHECK OUT THE OTHER LINKS FOR MORE ON REGION 4 BLUE GRASS COUNTRY:

*Many young people in the Blue Grass states have entered the world of photography in order to maintain ties with their backgrounds, and fight against stereotypical representations of the region and the very real problems they face.  Poverty, poor health, addiction, and unemployment are real issues, but that is not only what they are about. Others embrace terms like redneck and hillbilly and celebrate the lawlessness of an Appalachian past that includes moon-shining and deadly family feuds.   They struggle to maintain a connection to home, the mountains, and deep family bonds and traditions, and art provides an outlet.

*However, most of the art that you will find in the Blue Grass region will be art of these movements:

Art that represents different aspects of the folk-life of the region: quilting, carving and toy making, basketry, spinning and weaving, natural dyeing for weaving and basketry purposes, blacksmithing, pottery, and material cultural arts.

A little less ‘rugged’ than Art & Crafts items and dealing more with wood, glass and metals.

Folk art covers all forms of visual art made in the context of folk culture.  Generally the objects have practical utility of some kind, rather than being exclusively decorative.

*The predominant themes in art of the Blue Grass Region are:  Music; Simple life; Natural Surroundings, and Whiskey.

*First came Caves, then Rock ledge overhangs, and eventually Primitive Cabins.  The first  mountain people of the Appalachians lived in rustic, handmade Cabins.  Many people now living in the Appalachian Mountains are descendants of Scot-Irish who immigrated

to America in the 1700’s. The Scot-Irish carved out 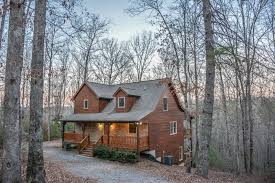 small farms and homesteads in the remote hollows and valleys of the Appalachian Mountains. For the most part, they were and still are small farmers, loggers, or coal miners. And yes, some were and are moonshiners.  The style of cabin that they introduced has remained.

*Early 1800’s: Greek Revival becomes the new national style. It’s found on public buildings, churches, schools, and government buildings. Defining characteristics include a symmetrical shape, columns, a porch entry, a window in the pediment, and plain or highly decorated cornices and friezes. Chimneys were placed as far back as possible to make the home look more like a Greek temple.

*The Gothic Revival style arrived in the 1830’s, and religious buildings became

examples, showing ecclesiastical architecture reaching to the heavens.  The most  obvious feature of the Gothic Revival style is the pointed arch.  Its used on windows, doors, and decorative elements like porches, dormers, or roof gables. Other characteristics include pitched roofs and front facing gables with delicate wooden trim. It was an exuberant, romantic design that promoted country living and connecting to the land through landscaping and horticulture.

*By the 1840’s, The Italianate emerged as it related well to the rural and agricultural lifestyle of the wealthy in the Blue Grass states.  Identifying features include: 2 or 3 stories; low-pitched roof; widely overhanging eaves; large, decorative brackets under an ornamental cornice; tall, narrow windows, commonly arched or curved; an occasional square cupola or tower; elaborate wrap-around porch  with decorative Italianate double columns.

*In the 1950’s, many local residents began to benefit from the increased business activity

in the mountains. They responded by building modern Ranch Style homes. The ranch-style house is recognized by its long, close-to-the-ground profile, and wide open layout. The house style fused modernist ideas and styles from the American West.  It has wide open spaces to create a very informal and casual living style. Some of them had colonial styled ornamentation.  One advantage of these

long narrow ranch homes was that they fit sloped properties quite well.  This style continues to be one of the most popular nationwide.